The Berry Prairie plants are going nuts. So many in bloom right now! A group of flowers in the Asteraceae family, or the sunflower family, have a number of species in bloom right now. Below, Charmaine Delmatier, Director of the Rocky Mountain Herbarium Volunteer Program at the University of Wyoming, describes three that are in bloom right now.

The Berry Prairie plants are going nuts. So many in bloom right now! A group of flowers in the Asteraceae family, or the sunflower family, have a number of species in bloom right now. Below, Charmaine Delmatier, Director of the Rocky Mountain Herbarium Volunteer Program at the University of Wyoming, describes three that are in bloom right now. 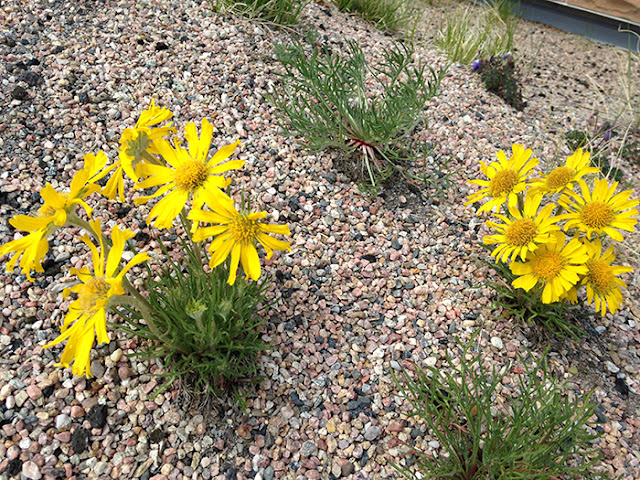 Also known as alpine sunflower, Old-Man-of-the-Mountain gets its name from a distinguishing characteristic; its hairs. Long villous wooly hairs cover much of the soft feathery leaves and a soft tomentose of shorter densely tangled hairs coat the peduncle (a stem-like structure that subtends each flowering head or involucre). A member of the sunflower family, Asteraceae, Old-Man-of-the-Mountain displays one of the showiest-brightest yellow-flowering heads in open areas of the alpine. It stands no taller than 12 inches, but the bundle of 1 – 10 flowering heads can also reach as wide as a foot. As the plant matures, its yellow vibrant color fades to tan. The enjoyment of seeing this spectacular alpine sunflower is that where it grows it can be locally abundant producing a refreshing display of color amidst the rocky gray landscape. 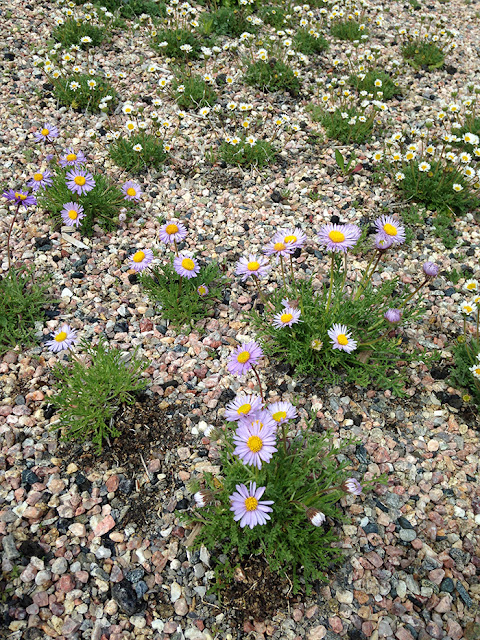 Fleabanes are a member of the sunflower family, Asteraceae, the largest plant family in the world with 23,000 species. The genus Erigeron, commonly known as a fleabane, is a daisy-like flowering herbaceous forb in the sunflower family. The Greek derivative "eri" literally translates to early. It is an appropriate name since the flowers bloom in early spring. According to distant folklore, gathering Erigerons in the wild and placing them inside a home prevents an unwanted infestation of fleas. You might wonder how to tell Asters from Erigerons. Here’s a quick solution; Asters can have several rows of bracts surrounding the flower, overlapping like roof shingles, but Erigerons have neatly uniform rows. 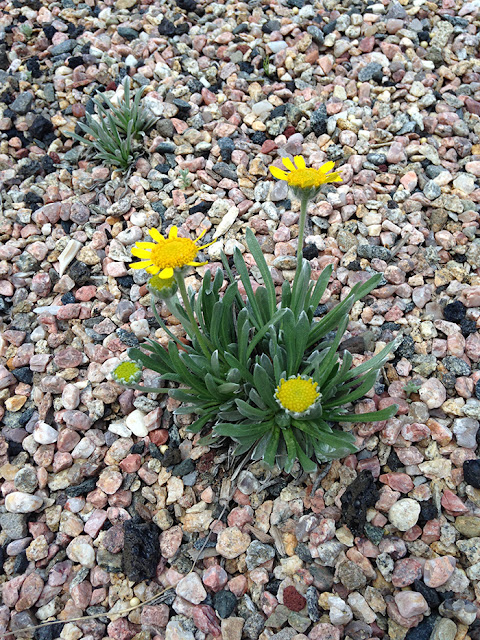 A brilliant yellow and smaller member of the sunflower family (Asteraceae), stemless goldenweed (Stenotus acaulis) bursts with golden color revealing the beginning of spring between April and May. Caleb A. Morse has determined that within the Flora of North America there is a mere four species; which spread across western North America and northwest Mexico. The sunflower family, Asteraceae, derives its root from the Greek Titan goddess, Asteria, (goddess of falling stars). According to one Greek myth; when she looked down upon the earth, and saw no stars, she began to weep. Where a tear fell upon the earth, a star was born, hence the name ‘starwort’. This became a common term for members of the Asteraceae family. The term ‘wort’ translates to ‘plant’ in Old English, so the largest plant family in the world is interestingly a collection of ‘starplants’. 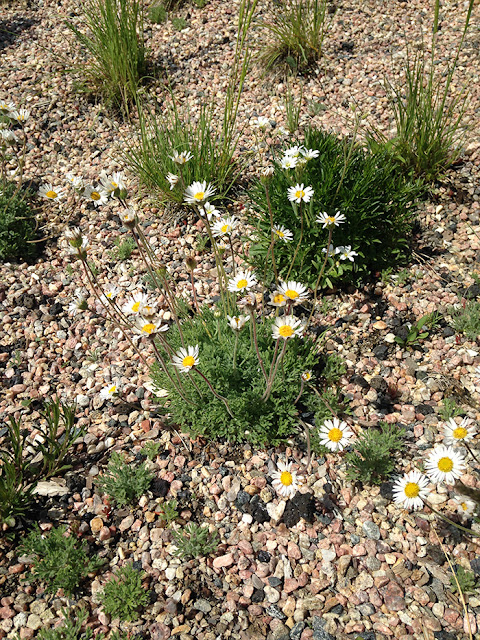 Alpine fleabane or mountain fleabane is an early bloomer in the sunflower family with large bright white flowering heads sitting singularly on a stem, and there are many stems, painting the landscape with bright white mounds in what often is a stark rocky habitat. It is a short compact plant and often thought of as an alpine or arctic plant. However, it’s interesting that its common name is associated with lands that have a large range in elevation; actually having lowlands and highlands, but here in Wyoming we all know we live in a high place and you will find it distributed across the state. Be somewhat careful if you handle this small unassuming plant, it is known to cause a bit of dermatitis.