Three petite columbines with restricted home ranges are currently in bloom on the Berry Prairie.

Three petite columbines with restricted home ranges are currently in bloom on the Berry Prairie. 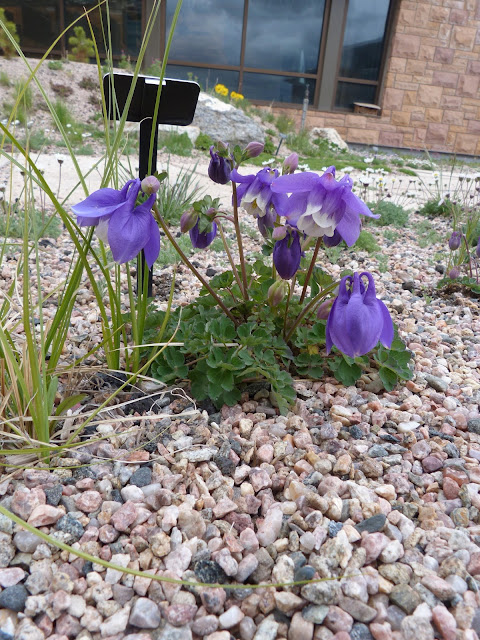 Equally blue, but smaller, is Jones’ columbine (Aquilegia jonesii). The smallest of all columbines, Jones’ columbine is found on alpine and subalpine ridges and talus from southern Alberta to northern Wyoming, including the Bighorn Mountains. 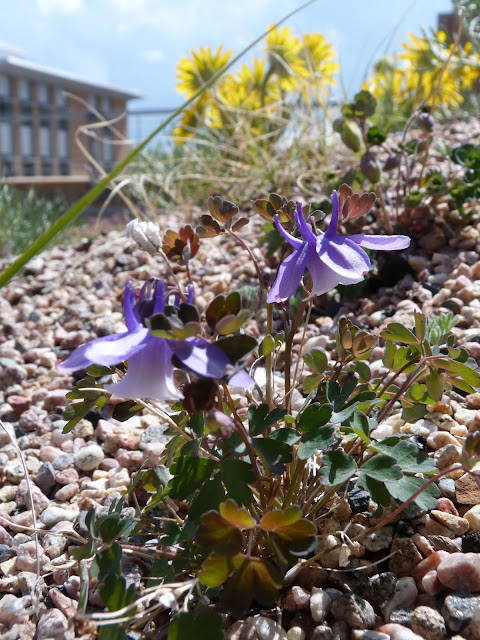 Besides the size difference (which isn’t great!), these two blue columbines can be distinguished on the Berry Prairie by the shape of their floral spurs. (In the wild, of course, you would never find these two growing together.) Jones’ columbine has short, straight spurs, while those of Rocky Mountain columbine are curved (“hooked” is the botanic term).
re!
Hooked spurs is an unusual trait among columbines, but is shared by the third of our flowering columbines—Laramie columbine (Aquilegia laramiensis). This species is endemic to the Laramie Range of eastern Wyoming, where it grows in cracks and crevices of exposed granite. 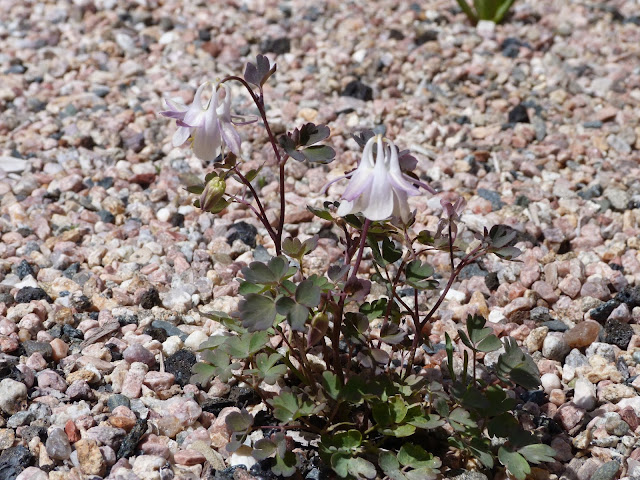 Stay tuned for more updates on flowering plants on the Berry Prairie this summer!